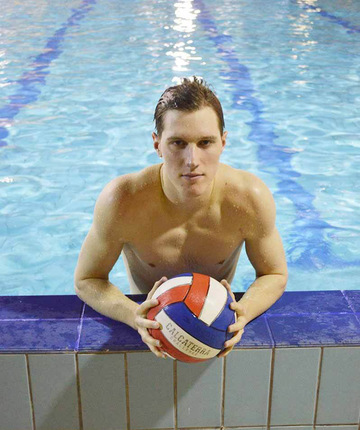 Christopher Kreienkamp was in sixth grade when he first started to play water polo, and he never left the sport. He is currently one of the captains of the Notre Dame water polo team on campus.

Kreienkamp never took Italian classes and didn’t speak a word of Italian before coming to Italy. But as soon as he arrived in Rome with the aerospace and mechanical engineering program, he started to look for a local pool and a water polo team to practice with.

He remembered that back when he was still on campus, the Notre Dame water polo team had received an email from a person who was trying to submit his application for the head coach position. Kreienkamp had looked him up and discovered that he was from Italy. Kreienkamp wrote him back saying unfortunately, there was no position available on the team. He then asked him if he had any suggestions for a water polo team he could practice with while in Rome. A team called Roma Vis Nova was among the recommendations, so Kreienkamp emailed the water polo team coach there and mentioned that he would soon be studying abroad in Rome.

The coach, who happened to be married to a woman from Buffalo, New York and spoke English, invited him over to practice with the under 20 team and organized a pizza training, where Kreienkamp got to meet the members of the team over delicious pizza.

On the first day of practice, he figured out this wasn’t going to be easy. The practices were held five days a week, every evening from 9-10:30 PM, in two different pools an hour and a half north of where the Villa was located. Coming from St. Luis, Missouri, he didn’t have a lot of experience with the public transportation, but he soon jumped at the adventure of chasing metro trains and buses every day after classes.

The team was incredibly welcoming from day one. Even though they spoke Italian, they welcomed this American student crossing the ocean to practice with them.

When the Roma Vis Nova team found out about the long distance Kreienkamp was traveling every day, they figured out a carpooling plan to and from practice, allowing him to practice Italian on the way there. 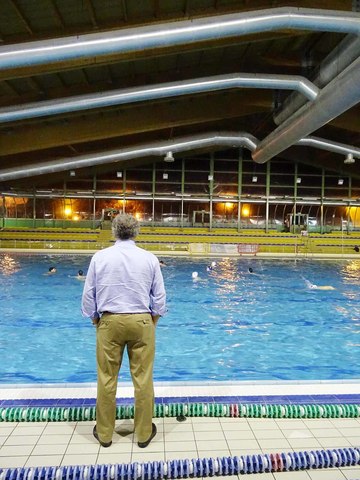 “The main difference I noticed between training in the U.S. and in Italy is that when I play on campus, I am very vocal and I direct people where to go,” said Kreienkamp. “It’s very hard to do it here because I practically don’t know how to express myself and which words to use. I also struggle in learning their system of play because of the linguistic barrier. Therefore, it’s harder in different ways here.”

But Kreienkamp did not give up and continued to train with the team, building a close relationship with the players and learning some more useful Italian expressions.

“In terms of athletic play, fortunately I had already played against other European teams before, therefore I was familiar with their different style," he says. “Europeans tend to swim more and faster, as well as some rules are slightly different. For example, in the United States, we count the players from left to right, while in Europe they do the opposite. During the first days of practice, they were calling the numbers in Italian, which I was recognizing, but I was going the opposite side considering the American system.”

As time passed, his teammates said his Italian was improving and they started to share a sincere friendship, inviting him over for a drink or even at their beach house for Easter break. They were feeling more confident asking questions about the American culture and stereotypes, sharing tips, differences, and similarities.

“There is a positive vibe, especially because they are all about my age and we share a lot, even if we live miles away.”

“There is a positive vibe, especially because they are all about my age and we share a lot, even if we live miles away,” he says. “They all go to a university or are about to. It is interesting and funny at the same time to see how things are also different. For example, they found it curious that in the U.S. all the universities have teams dedicated to them, while here, there are private clubs and kids come from all different places.”

Kreienkamp feels confident that soon he will be able to take a more active and aggressive position on the team.

“Now I am sitting on the edges, making sure I am sticking to their plays,” he says.

Overall, he’s enjoyed his time abroad and is thankful for the chance to continue the sport he loves while learning an entirely different culture.

“The Villa is beautiful and we have the chance to mix with the other students living there," says Kreinenkamp. "Sometimes it is a little more tiring here because I have classes, study, and then go to practice water polo in Italian, which is a totally foreign language. It’s definitely worth every effort, because I am living my study abroad experience to the fullest.” 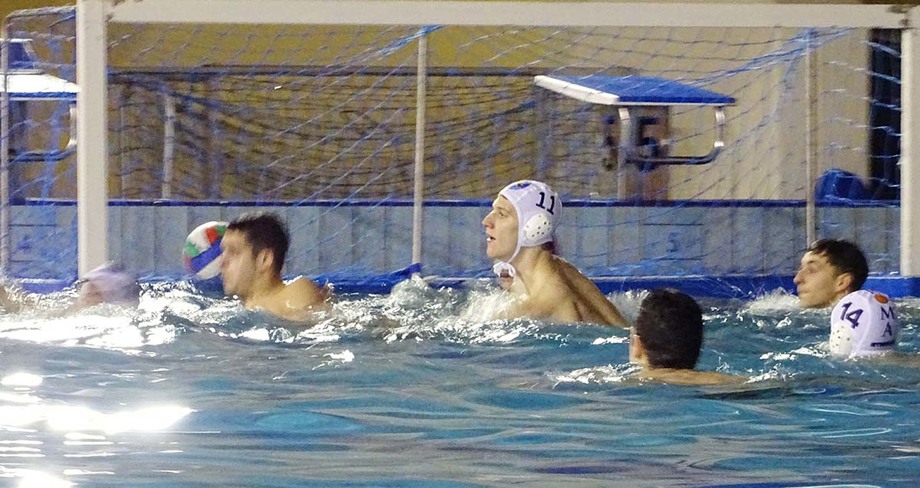