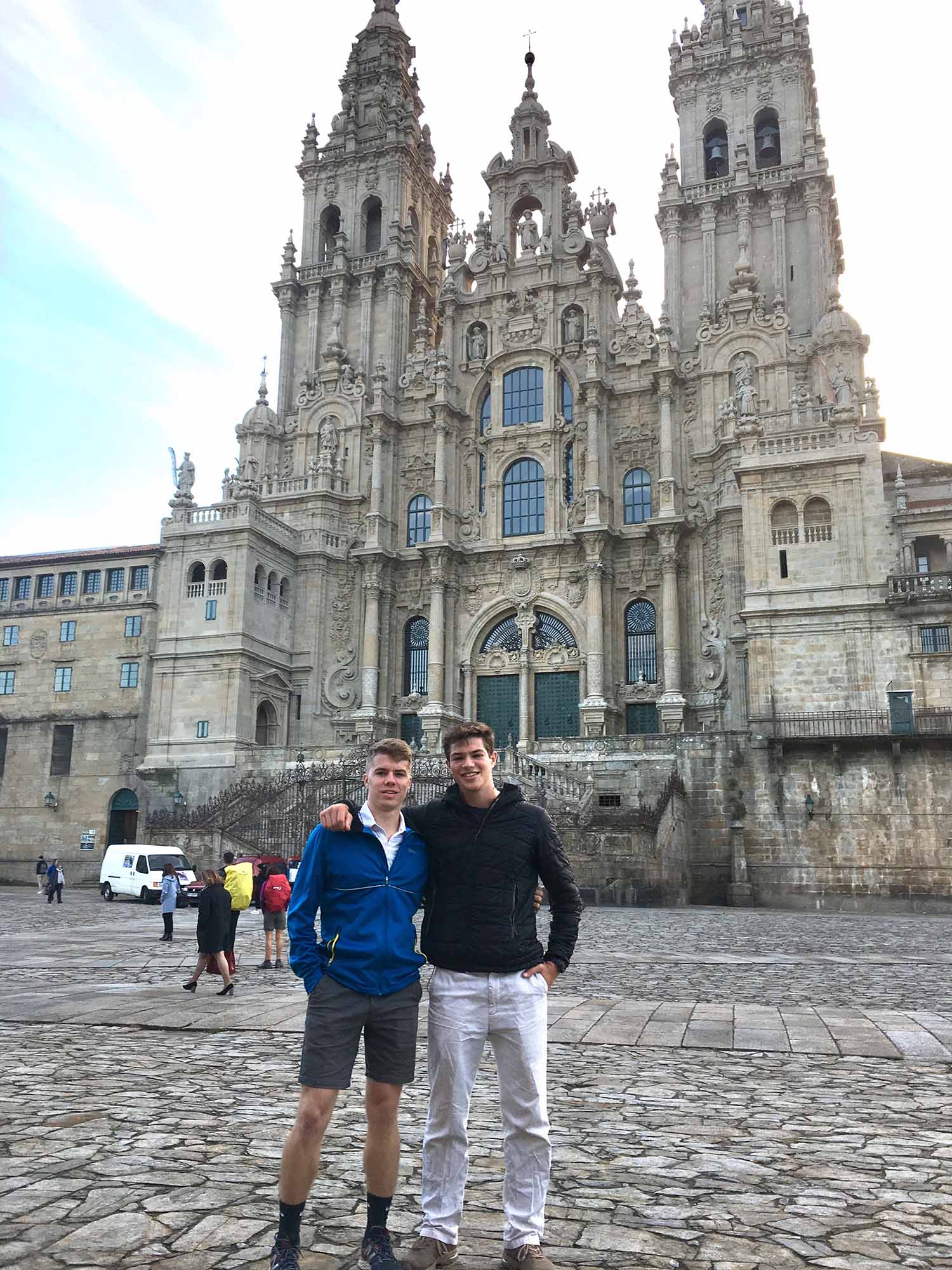 Christopher Ebner and Philip Spence, two architecture students studying abroad in Rome, decided to trek through the Camino de Santiago in Spain over fall break. They reflect on their transformative experiences below.

The Camino de Santiago (the Way of St. James) was a great way to spend fall break abroad. Over the course of five days, we walked over 100 miles from the small town of O Cebreiro to Santiago de Compostela, stopping at various small towns along the way.

The trip began in the most memorable way possible. As we woke up and prepared for the 23 miles we planned to walk for the first day, we were greeted by the most spectacular sunrise I have ever witnessed. The first day was quite mountainous, and therefore yielded the best views of the Spanish countryside. We passed through a few small towns built entirely out of stone, with 12th and 13th century churches scattered everywhere along the path of the Camino. We spent the first night in a Monastery in Samos, constructed in the 700s, and went to mass in the church there that evening.

The second day, we woke up to rain, and walked through a steady drizzle all morning. After 25 miles, we reached Portomarin, one of my favorite towns. Located up on a hill at the edge of a river. The quaint town was composed of a central square with restaurants and a church at the highest point, with streets radiating outward and downhill toward the water.

The third morning was also quite rainy, but the walk was considerably shorter. We stopped in Palas de Rei, only 15 miles east of Portomarin. By this point, the mountains from the first day had disappeared, and we were walking through rolling hills, cow pastures, and woods.

The fourth day was also short, traveling 18 miles to Ribadiso, but we were blessed with sun, and could enjoy being outdoors without getting soaked. The last day was by far the most physically strenuous and most rewarding, as we reached Santiago after 31 miles. The feeling of reaching the piazza in front of the cathedral was unmatched, and Phil and I spent almost half an hour looking at the church facade, within which the body of St James is buried. Touring the cathedral was incredible, and we spent over an hour walking around inside.

The experience was altogether worthwhile, and I think Phil and I grew as friends as well as individually. The solitude of the trip, as well as our immersion in nature, helped facilitate self-reflection, and we had plenty of time to just walk in silence, simply enjoying the world around us. It was also about getting to know a different country, growing closer to one of my greatest friends, spending time away from the bustle of the rest of the world, and taking some time for self-reflection. 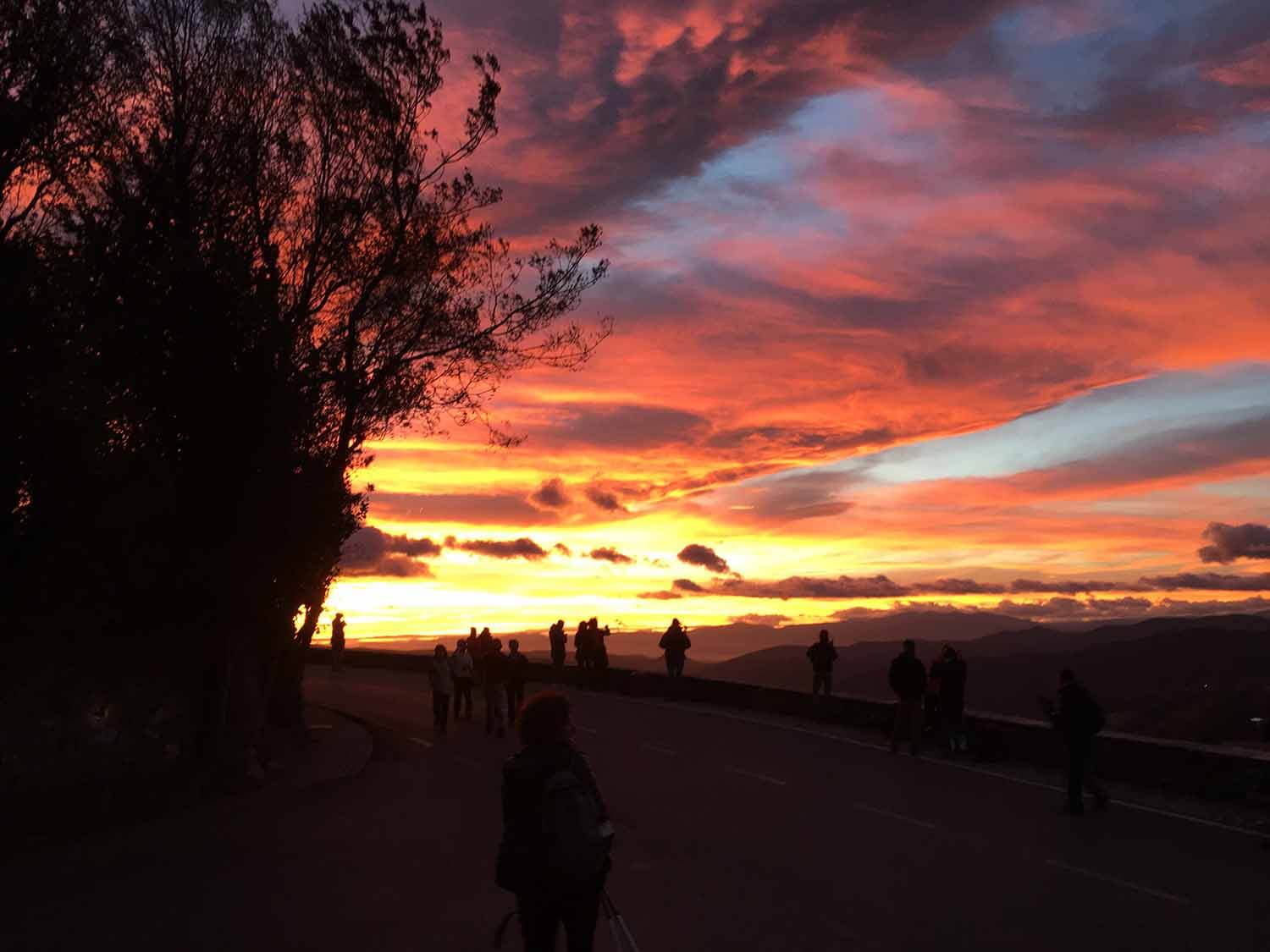 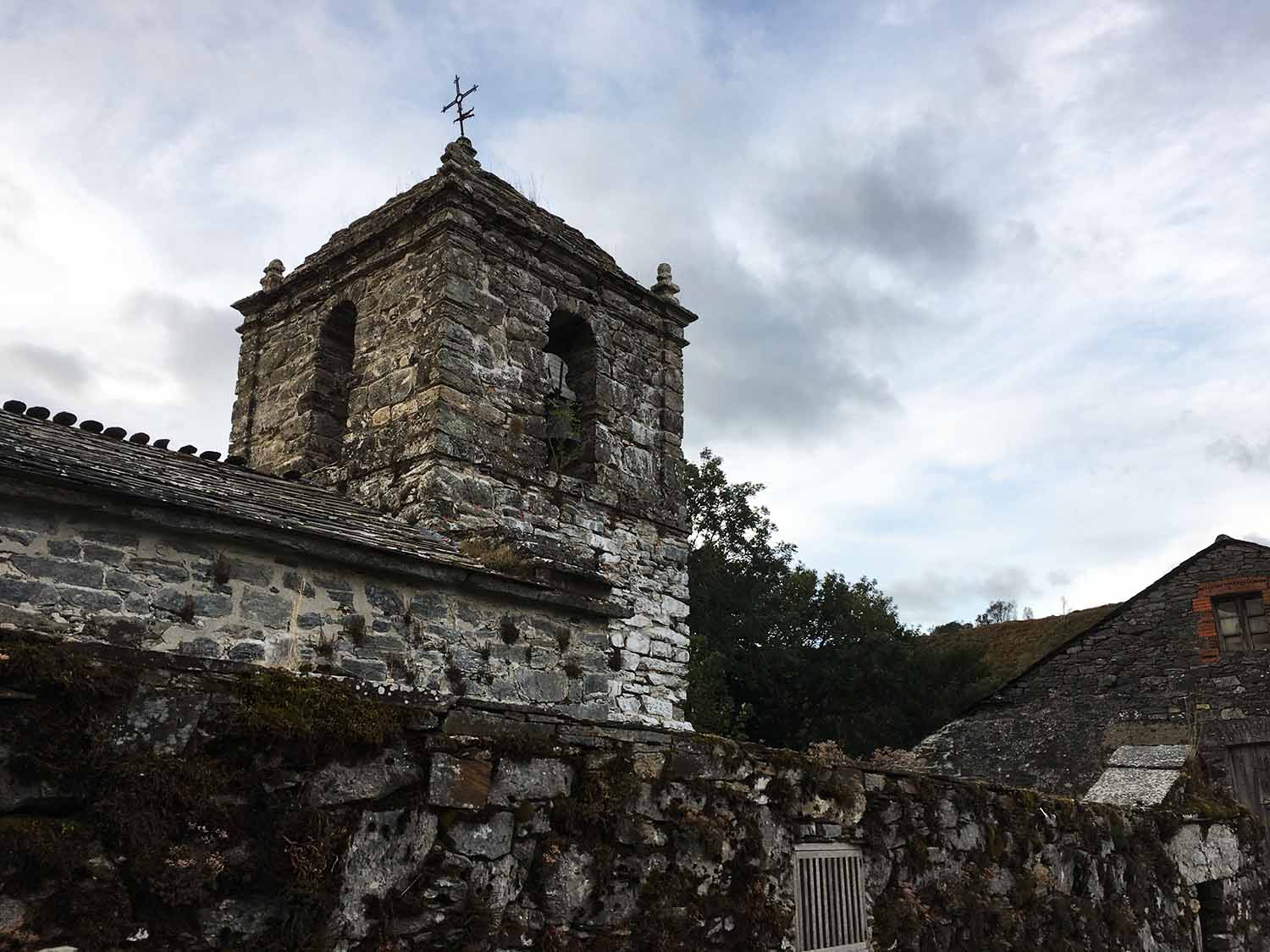