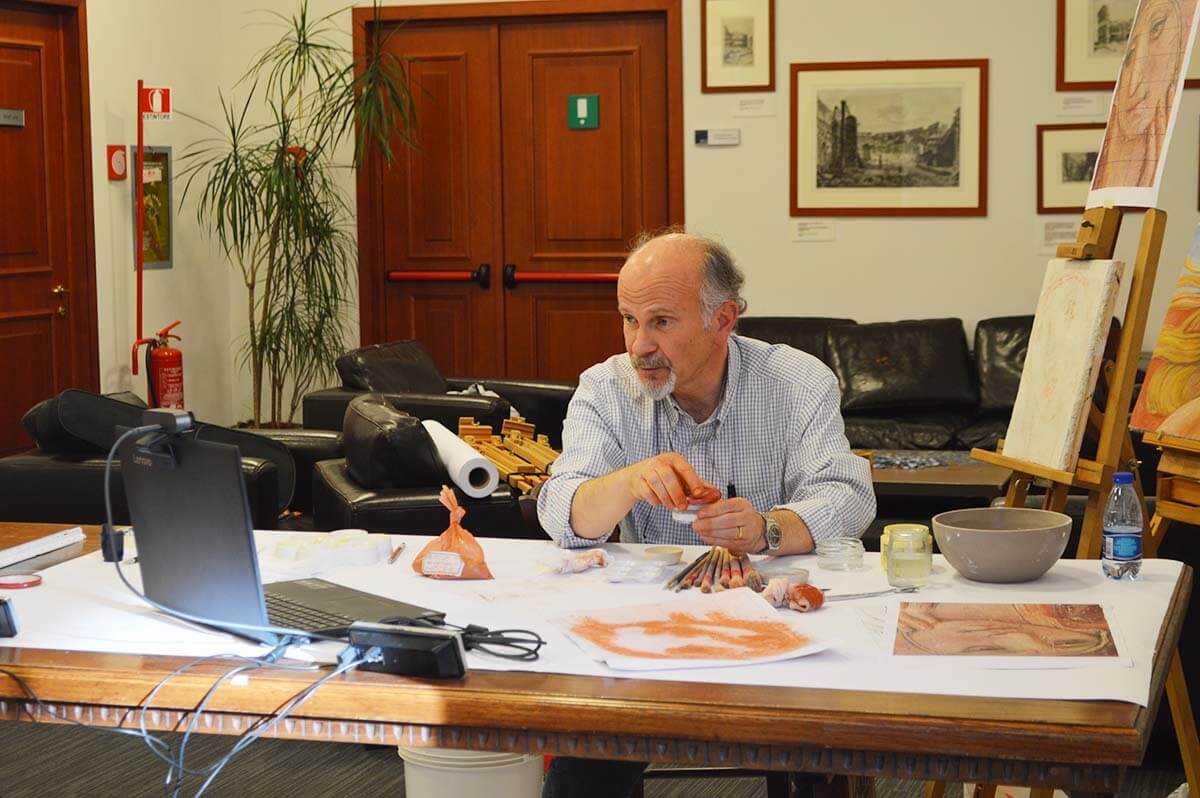 David Mayernik, associate professor in the school of architecture and graduate of Notre Dame 83', is a fresco evangelist. He recently conducted from the Rome Gateway a live-streamed video demonstration of the fresco painting process for Professor Marius Hauknes’ course on campus, Pictures on Walls: Murals and Mosaics in the Medieval World and Beyond.

Using lime and sand for the plaster and traditional earth pigments, he made a copy of a detail from a Fra Angelico fresco of the Madonna from Florence’s San Marco monastery.

Mayernik fell in love with fresco painting when he was a student in the school of architecture’s Rome program in 1980-81. While on his fellowship year at the American Academy in Rome (1988-89), he used a Graham Foundation travel grant to study with renowned restorer Leonetto Tintori outside Prato, in Tuscany. Tintori had been Italy’s most famous restorer, working on Giotto’s frescoes in Assisi and Padua, and leading the restoration of Florence’s damaged frescoes after the flood of 1966. 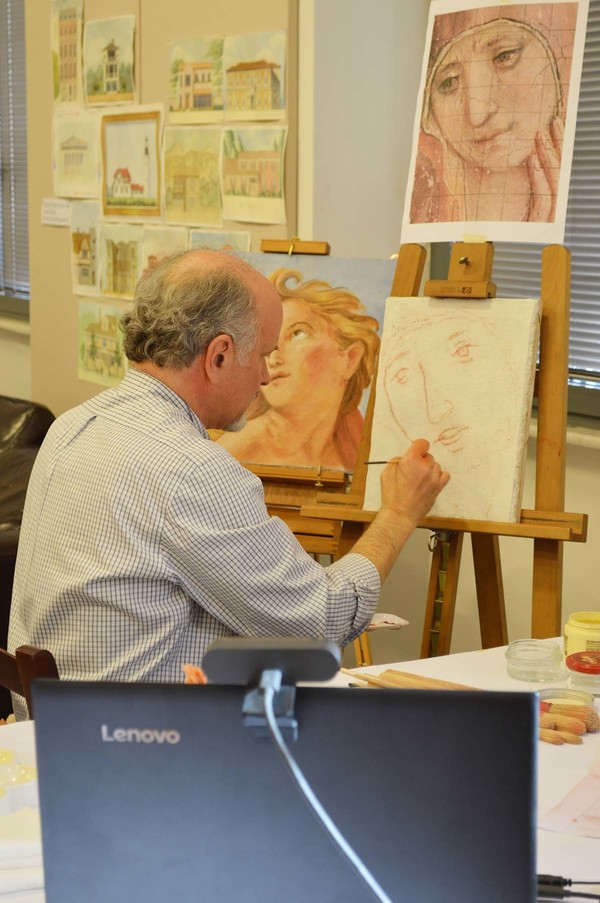 Mayernik has done several fresco demonstrations in Rome and on campus over the years, making copies of the Renaissance artists he most admires. In this case, the medieval focus of Hauknes’ class led him to choose Fra Angelico, whose work straddles the transition from medieval to Renaissance art in fifteenth-century Florence.

“A central goal for the class is to understand the ways in which frescoes and mosaics distinguish themselves from other visual media in the medieval world," says Hauknes. "We therefore pay particular attention to the relationship between murals and their architectural setting and how the relative size of wall paintings and mosaics impacts the way beholders relate to and understand them. This is where the interest in having a rigorous examination of how frescoes were made in the pre-modern period comes in.”

Mayernik is a practicing fresco painter as well as architect, and has painted original frescoes in the library of the American Academy in Rome, for the church of San Cresci near Borgo San Lorenzo in Tuscany, and for the buildings he has designed for the TASIS campus in Switzerland, not to mention his own home in Lucca.

“Fresco had several mini-revivals in the late twentieth century,” he says. "I hope it’s due for another.”

By sharing his love of painting on lime plaster, he hopes to inspire students to study and practice this ancient technique.