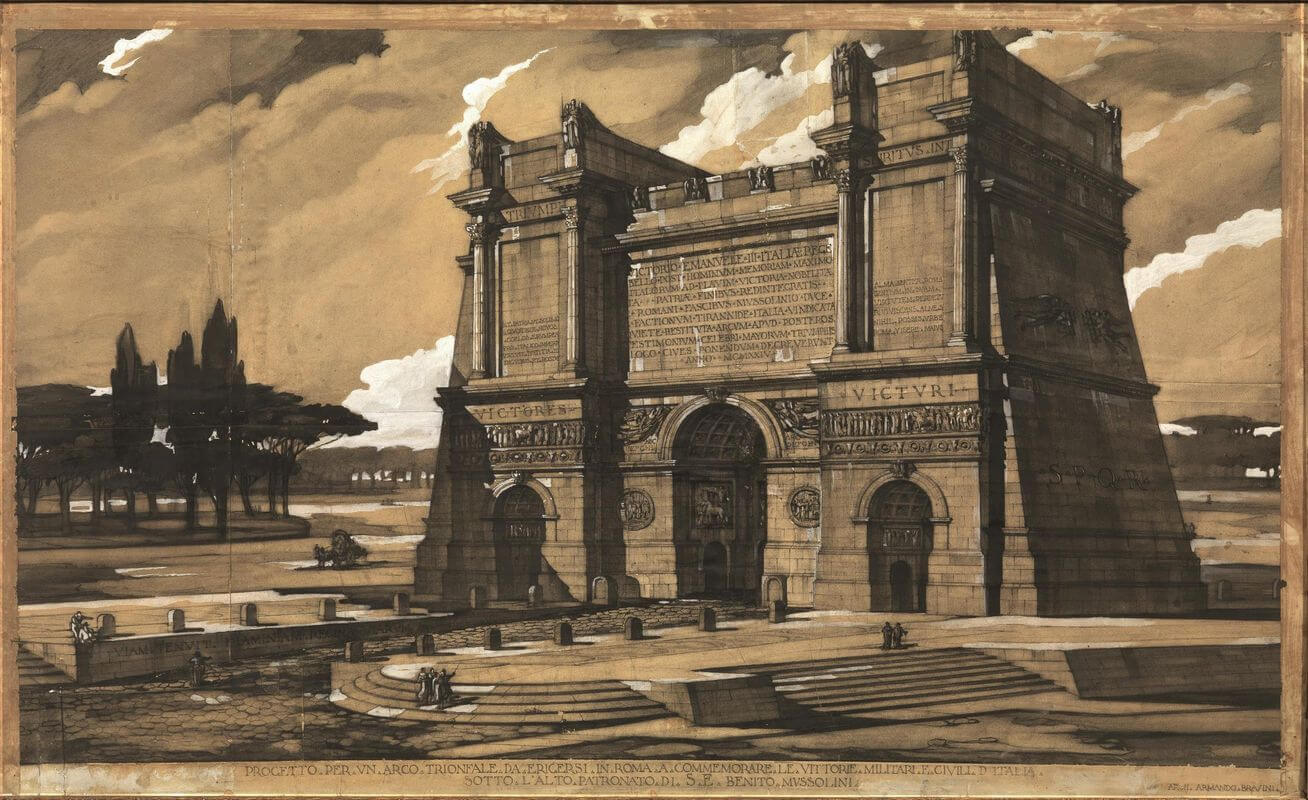 Armando Brasini is an important figure in early twentieth-century Italian architecture who was admired by Robert Venturi and other postwar figures and has become the subject of increasing research by critics and historians, Italian and non-Italian, in recent years. His built works include major monuments in Rome, such as the Palazzo INAIL, Museo del Risorgimento, Basilica del Cuore Immacolato di Maria, and the Complesso del Buon Pastore, all familiar documents of modern classicism in the Italian capital.

During those six months, the archive has been also collaborating with the Centro Studi sulla Cultura e l’Immagine di Roma, a prestigious cultural institute based in Rome, to conduct a course in restoration of paper documents that involved up to eight students.

The restoration process was concluded in December of 2018 under the supervision of the Soprintendenza Archivistica of Umbria, the curator of the archive, arch. Elisabetta Procida of the University of Rome La Sapienza.

In second instance, the School of Architecture, in collaboration with the archive, plans on organizing a public exhibition at the Rome Global Gateway of selected items from the collection following their conservation treatment in association with an academic conference and publication dedicated to the architect’s work. This project would ideally include a full catalog of the collection, including a selection of the illustrations, as well as scholarly studies of the architect’s work and its historical and cultural context. This would be the first monograph on Brasini in English.

"The Armado Brasini project should also be followed by an even more ambitious project that would involve the architecture students studying in Rome and which will concern the restoration of large bronze and wooden models made by Brasini and currently stored in the Archivio," says Ettore Maria Mazzola, associate professor at the School of Architecture in Rome. "Brasini before being recognized as an architect, began his career as a sculptor and as an engraver, therefore he conceived his projects as a sculptor, making sketches in clay, plaster, wood and bronze."