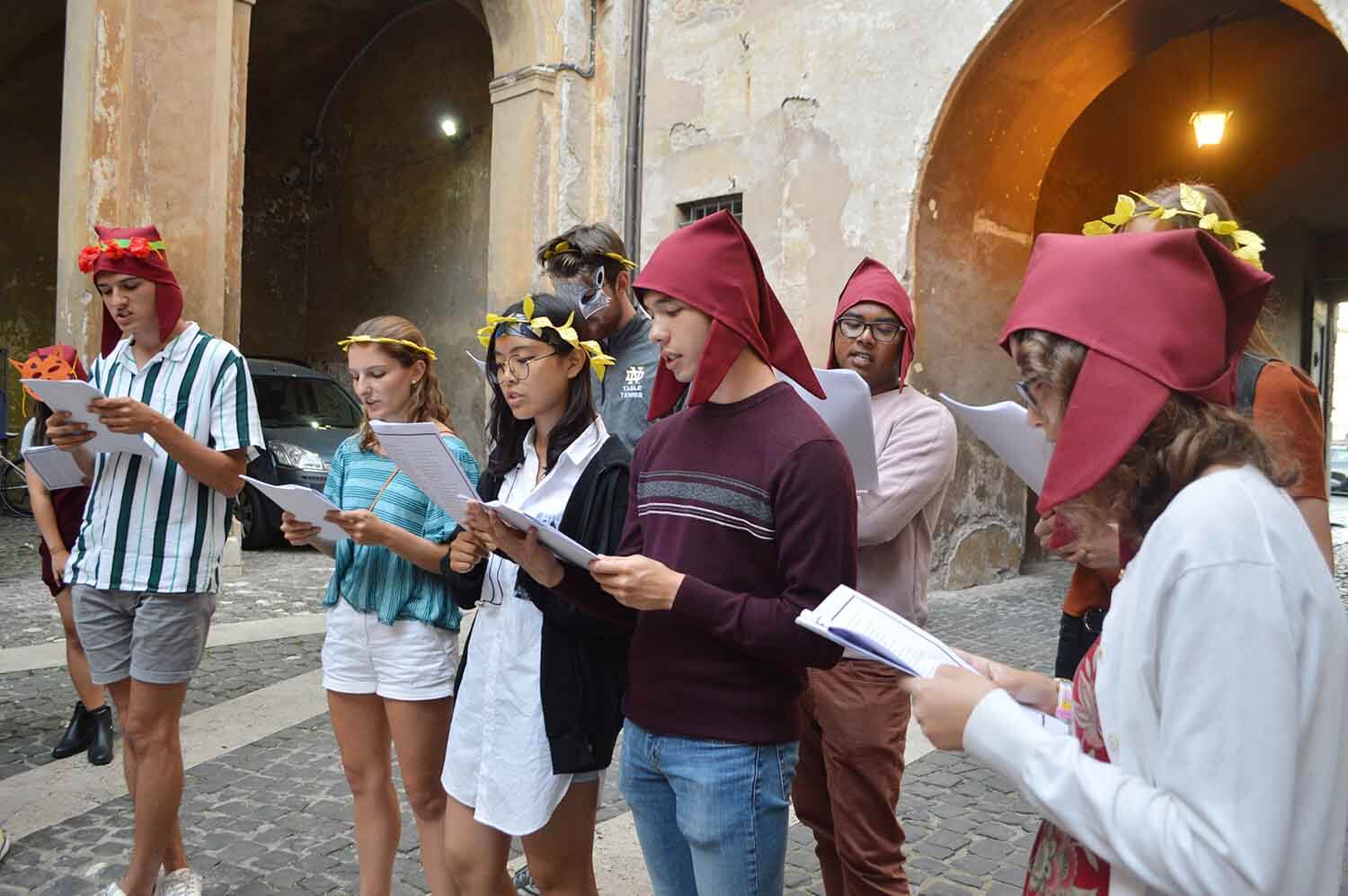 Since 2013, Italian Studies at the University of Notre Dame and the William and Katherine Devers Program in Dante Studies in the College of Arts and Letters every year hosts “Dante Now!” a series of public readings from the Divina Commedia that occur at various locations around campus.

This year, for the first time, the public readings of Dante’s Comedia occurred simultaneously through the streets of the Celio neighborhood in Rome and on campus. Like Dante, the poet who made his pilgrimage through Hell, Purgatory and Paradise, students, faculty and staff members at the Rome Global Gateway, became pilgrim-readers in Rome.

The event guided the participants through the streets of the Celio district, stopping at the Basilica S. Clemente, Basilica Santi Quattro Coronati, at la Navicella in Santa Maria in Domnica, and concluding at the madonnina at the ND Villa. The Navicella stop has been added in homage to Dante’s first canto in the Purgatory: Per correr miglior acque alza le vele, omai la navicella del mio ingegno, che lascia dietro a sé mar sì crudele.

Reading Dante’s work out loud, across the streets of Rome stopped time and helped students to immerse themselves into the verses. To best capture the music and the sense of Dante’s poetry, the readings were read in original Italian, which also captured the attention of passers-by who stopped and joined the performance when possible. 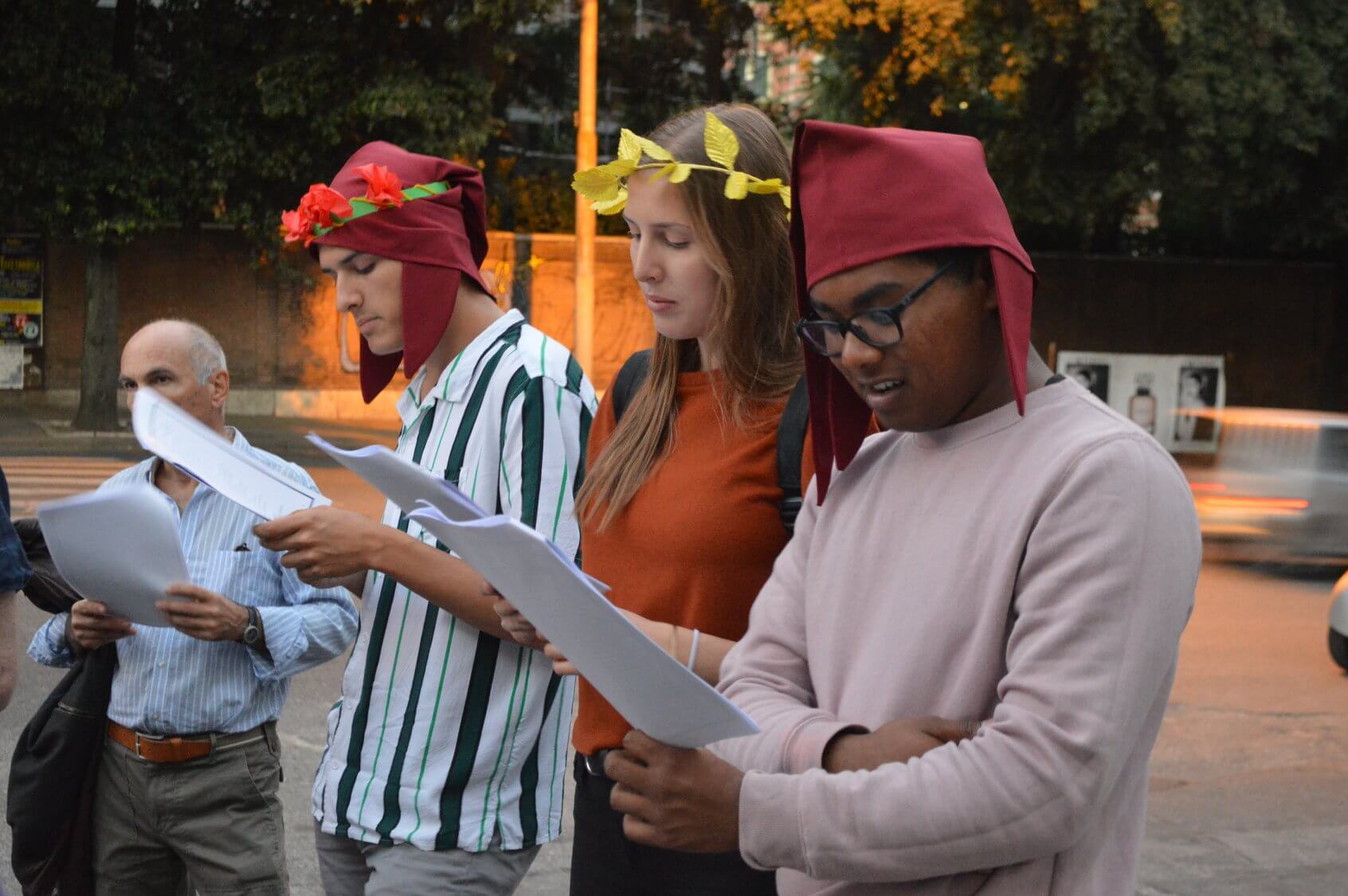 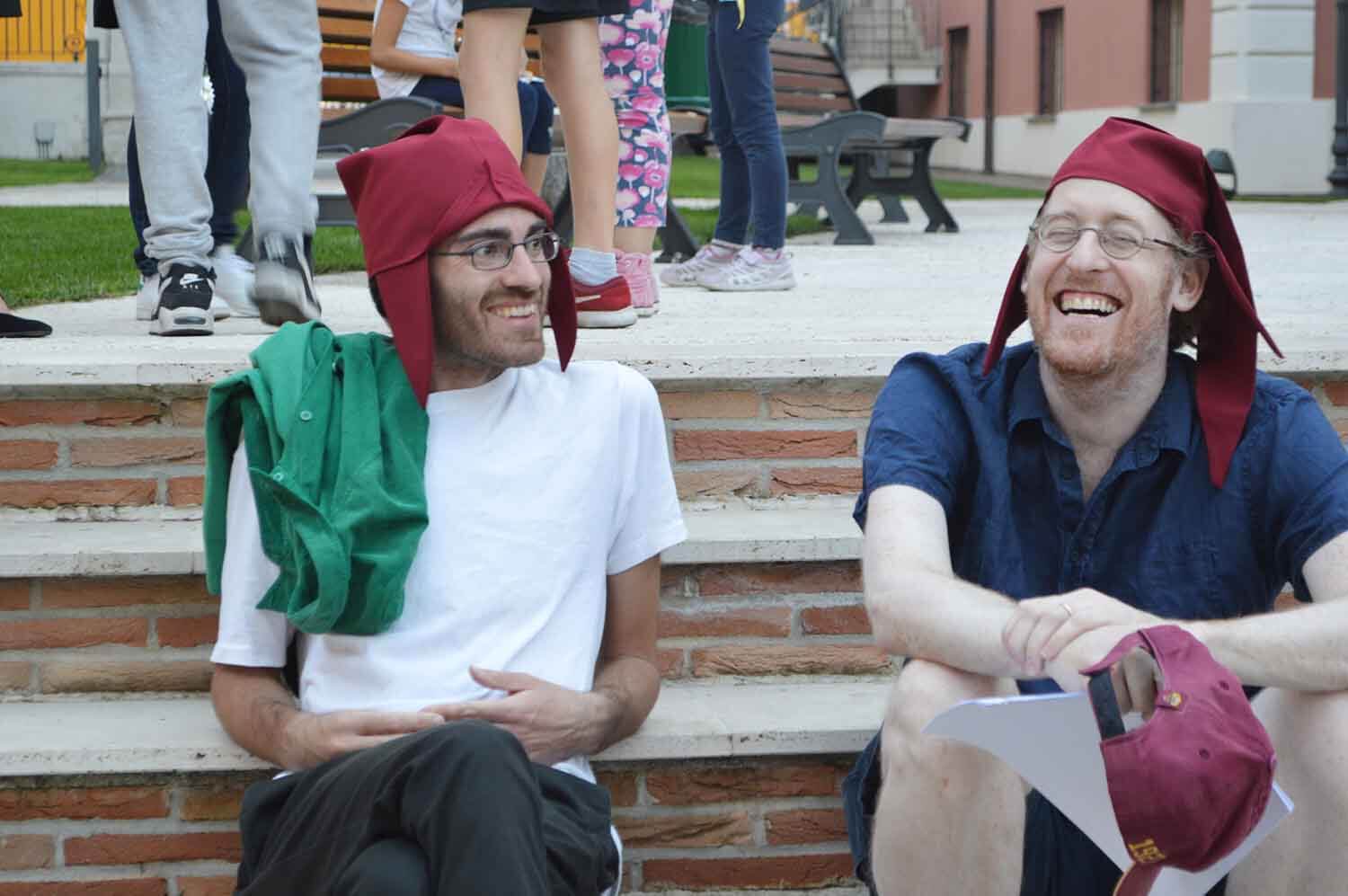