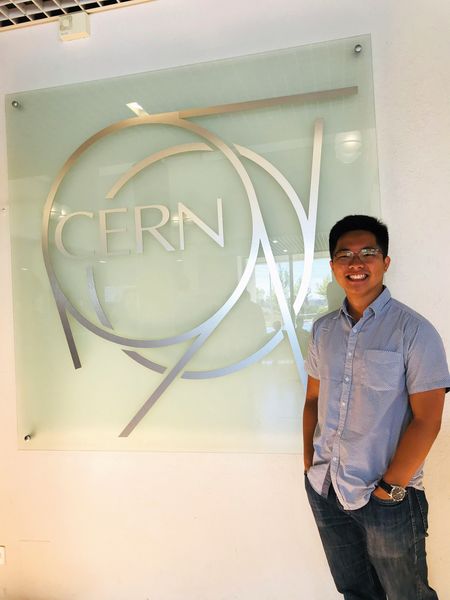 Kim presented at CERN for his sub-group

Sang Woo Kim, better known as “Ryan” Kim, was born and raised in South Korea. He moved to the United States with his family several years ago, and he currently studies physics at the University of Notre Dame. During his sophomore year, Kim started to look at the different study abroad opportunities that could enhance his academic experience. He didn't want to go on a typical study abroad experience, he was looking for something different. He met with David Younger, associate director at Notre Dame International, who told him about the Rome International Scholars Program. As soon as he learned more about the program, he was intrigued by the idea and wanted to be a part of it.

The Rome International Scholars Program is a study abroad program in Rome, specifically designed for self-motivated students who, among other things, would value the opportunity to undertake independent research during the spring semester of junior year. The research would ideally lead to senior thesis projects during senior year, and/or subsequent development of post-graduate research, including post-graduate fellowships and post-graduate studies. The independent research project should be supervised by a Notre Dame faculty in a degree granting or honors program. Kim decided to look for the right ND faculty who would be best for him and his interest in physics. He eventually connected with Professor Colin Jessop from the Department of Physics of Notre Dame.

He is part of the University’s High-Energy Physics team and has been working on the Compact Muon Solenoid (CMS) experiment located at the Large Hadron Collider (LHC) at the European Organization for Nuclear Research (CERN) based at the Franco-Swiss border near Geneva. Talking with Jessop, Kim found out Jessop could put him in contact with a close collaborator of his at La Sapienza University of Rome, Professor Riccardo Paramatti, who is also a part of the CMS experiment. The LHC, the largest and most powerful particle accelerator ever built, accelerates protons to nearly the speed of light and collides them, where a few detectors located throughout this 27-km underground ring observe the subatomic particles that ensue from these highly energetic collisions. Among these, the CMS detector is a general-purpose detector designed to observe any new physics phenomena beyond our current state of knowledge. The CMS experiment is one of the largest international scientific collaborations in history involving around 4,300 particle physicists, engineers, technicians, students, and support staff from 182 institutes in forty-two countries, including five professors at the University of Notre Dame. 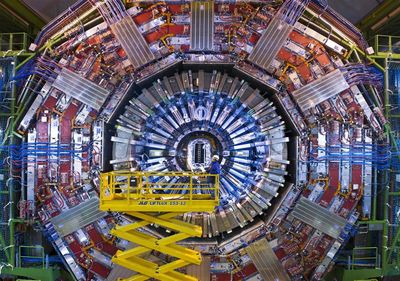 Kim arrived in Rome for the semester and started working for fifteen hours a week at La Sapienza University on the CMS experiment on top of taking other courses. During the summer, he became a full-time intern at the Physics Department of La Sapienza, collaborating side-by-side with Paramatti and Jessop on a project in which he optimized the identification of high energy photons in the CMS detector.

Once every two months, the CMS experiment organizes a so-called CMS week, where all professionals who work on the CMS experiment all around the world are invited to meet and gather at CERN to tell the others about their latest updates. Jessop and Paramatti proposed that Kim give a presentation in their sub-group at a CMS week taking place in June, explaining to everyone their achievements so far on the project. He was excited about the opportunity to see with his own eyes the largest particle physics laboratory in the world, and especially to meet people with the same interests as his.

“It was so cool to be there in person and fully experience the sheer magnitude of CERN," says Kim.

"People from all over the world gather there and work together to understand our universe at the most fundamental level, and it’s really exciting to be a part of that."

As Kim arrived at CERN, he was overwhelmed by the size of the place, which was full of particle physicists from all over the world. He described it as an amusement park for physicists. For him, it was a dream come true. During his stay, he also had the chance to meet with many people, including a former Notre Dame undergraduate who is now pursuing his Ph.D. at Cornell University.  He provided Kim with academic and personal advice, as Kim seeks to pursue a Ph.D. program in particle physics after he graduates from Notre Dame.

Kim is now back home and plans to continue his project with Jessop during the upcoming school year, as he prepares to write a senior thesis.